Which birds have solid bones?

Did you guess the common loon?

Loons are probably the most iconic birds of lakes in the northern part of the country. We're lucky to see them occasionally at this time of the year on Clear Lake. It is a convenient rest and refueling stop on the way from their breeding territory in the upper Mid-west and most of Canada and Alaska, to their winter grounds along the southeast and southern coasts. Generally one or two birds at a time will spend a short time here between early October and late November, then again on their way north from late March through May.

From a distance they resemble cormorants (see recent bird feature here) in the water, although the loon's bill is thicker and sturdier. Unlike the cormorant, you won't see them perched on a dock. Their legs are located far back on their bodies making it very difficult to move around on land, but it allows them to dive deep, swim and turn under water with ease. They're skilled at chasing down the small fish that make up the majority of their diet.

Unlike most birds, loons have solid bones, making them less buoyant and better at diving. To enable fast swimming and quick dives, they can quickly blow air out of their lungs and flatten their feathers to expel air within their plumage. Once below the surface, the loon’s heart slows down to conserve oxygen.

If you can visit a lake "Up North" in late Spring or early Summer you'll have a chance to hear the distinctive calls of the loon. Even easier, you can click below to hear it.

Have you seen any loons on the lake this fall? If so, share details of your sightings with us! 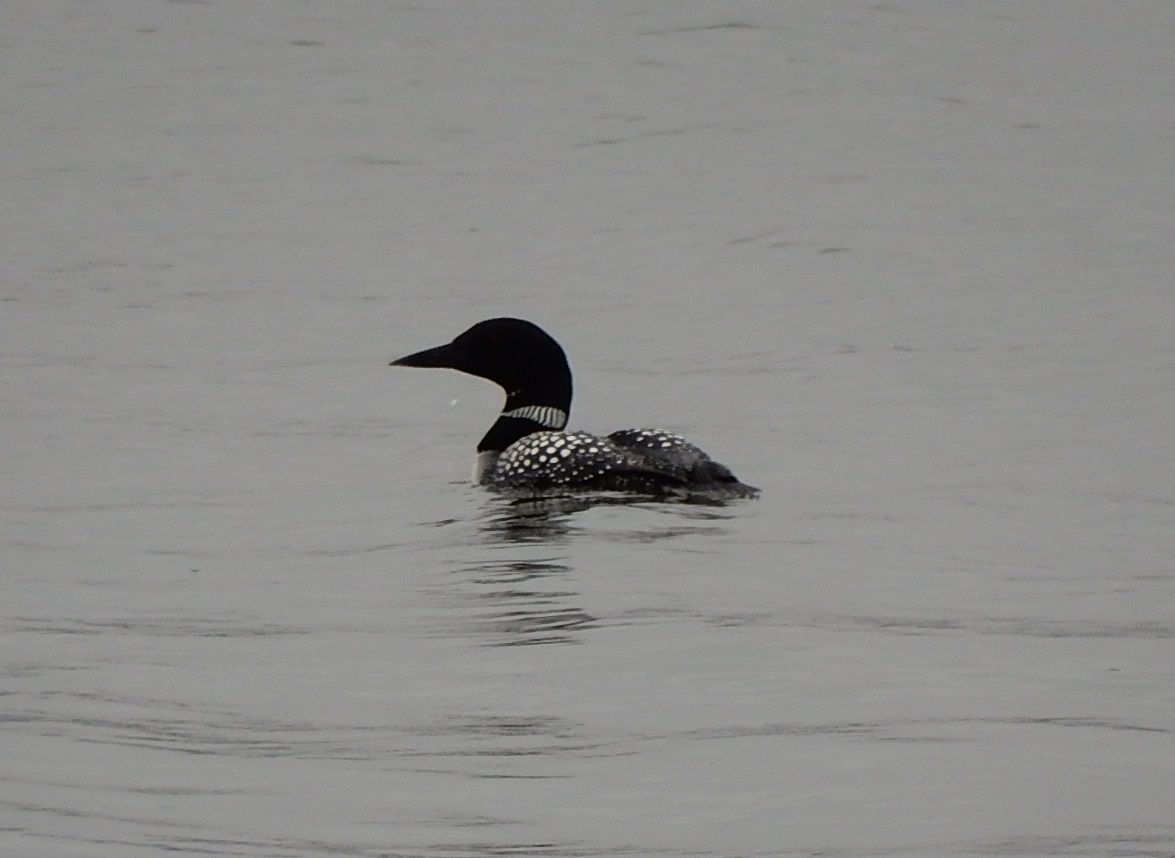