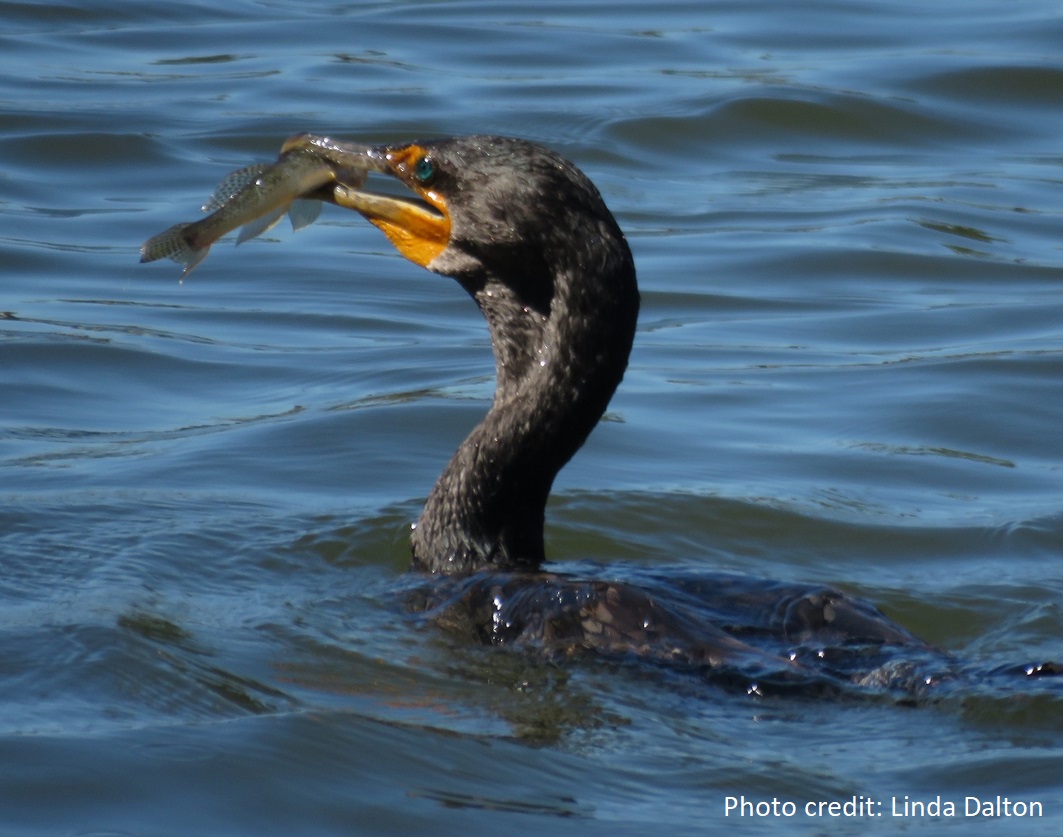 The Double-crested Cormorant (Phalacrocorax auritus) makes this deep, guttural grunt that may sound like an oinking pig. Although mostly silent, they grunt when taking off or landing, or during mating or aggressive displays.

Anyone spending time in coastal areas from the mid-Atlantic states to the Gulf Coast, or much of California, probably takes the Double-crested Cormorant for granted. They are common year-round residents on the waters in those areas and their range and populations expand in the winter months.

But it requires some time and a little luck looking out the window to spot one at Clear Lake. The cormorants can typically be seen here in May, and then again from around late July to October, but only in small numbers (one or two at a time) and certainly not every day. Our area is a brief stopover as they travel up and back between the south and their main breeding grounds in the upper mid-West and central Canada, but they don't congregate here in large numbers. Sometimes they can be seen flying along the shore just above the surface of the lake, or perched on a dock or boat canopy - or in the water with just their head and neck sticking above the surface.

Adults are brown-black with a small patch of yellow-orange skin on the face. Juveniles are more brown overall and pale on the neck and breast. During the breeding season, the adults will develop a small double crest of stringy black or white feathers.

They feed mainly on small fish and are more successful at catching fish than most of the people reading this by using their webbed feet to propel them underwater, but they focus on smaller fish - not the larger ones most fishermen are after.

Something else to look for on the lake! 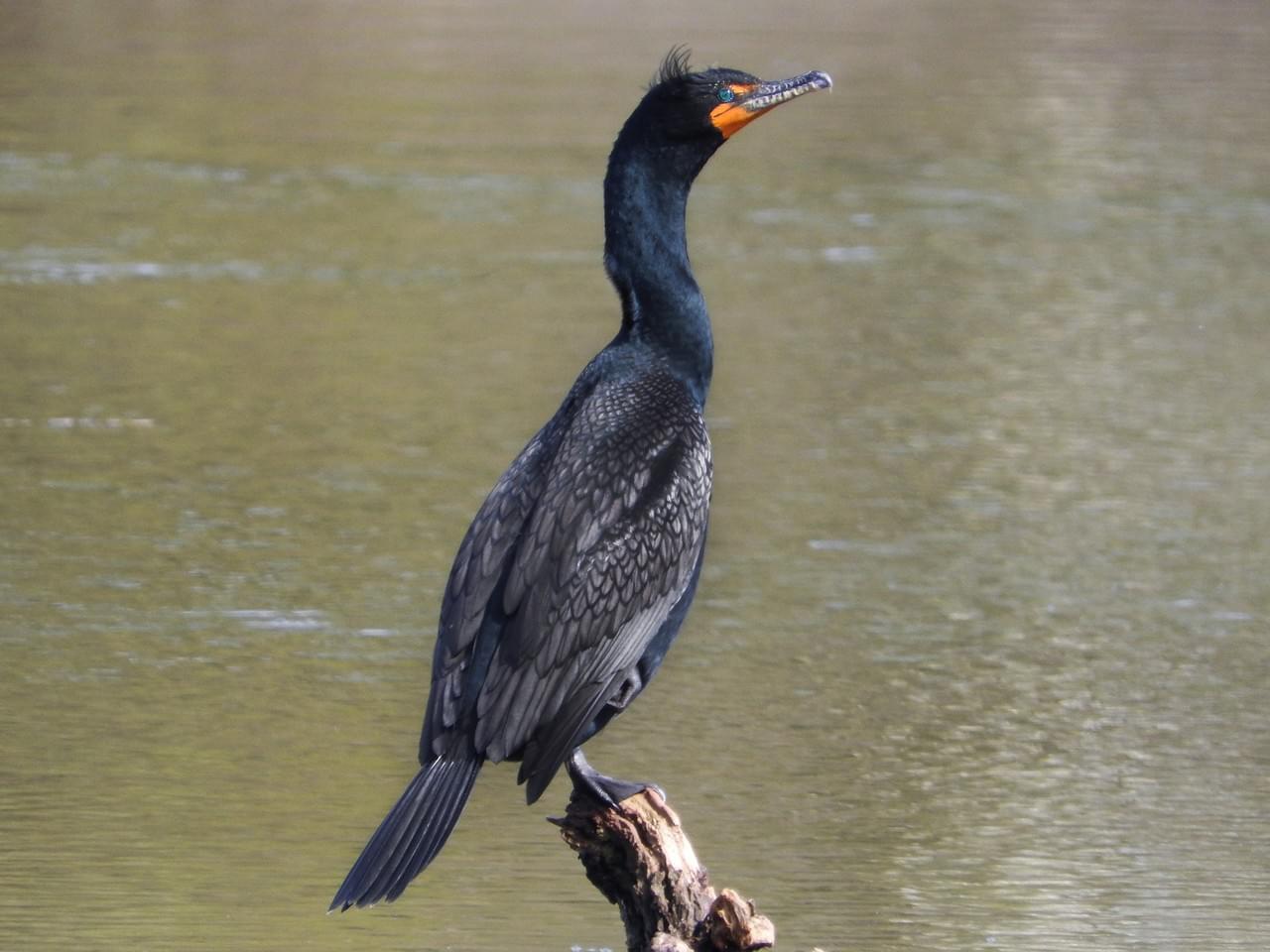