Cold weather is readily setting in and I for one have my fuzzy socks on! But (most) turtles don't have fuzzy socks so what are they going to do during the winter? Let's learn a bit about turtles and how they survive during the cold months.

Freshwater turtles spend winter months in a state of brumation in which the turtles activity and body functions slow down. They bury themselves in soft mud at the bottom of lakes and ponds to spend the winter. But turtles breath air...So how can they spend months underwater? Well to answer that question, we need to know a bit about the biology of a turtle.

Turtles are ectotherms, which means they can not produce their own body heat like humans. Instead ectotherms rely on other sources of heat like the sun to survive. Ectotherms are also know as cold-blooded. A turtle's metabolism also plays an important part in how they survive during the winter. Metabolism is a process bodies use to convert food and drink into energy. All living things have a metabolism and they all have different rates at which they work. In the process of metabolism, oxygen is mixed with the food to convert into energy. The rate at which metabolism works is influenced by body temperature. When an organism, like a turtle, is in a cold environment, their body temperature decreases and so does their metabolism. When metabolism slows down you have lower energy levels and lower oxygen demands. This is the key to turtles survival during winter!

Great! Now we know that turtles require less oxygen during winter because their metabolism has slowed down. But turtles still need some oxygen to meet their needs, so where does it come from? Turtles have an area around their tails that is excellent at up-taking oxygen from the water. This is known as cloacal respiration and it is how turtles meet their oxygen needs during the winter without using their lungs.

Turtles spend the winter in water because it stays at a fairly consistent temperature due to waters physical properties. Water takes lots of energy to change its temperature. This can be seen when you boil water on a stove, it can take a long time! Whereas the temperature of air can fluctuate drastically and be too cold for a turtle to survive.

These shelled critters have an amazing winter plan, but I think I'll stick with my fuzzy socks! To learn more about turtles winter plans follow the links below: 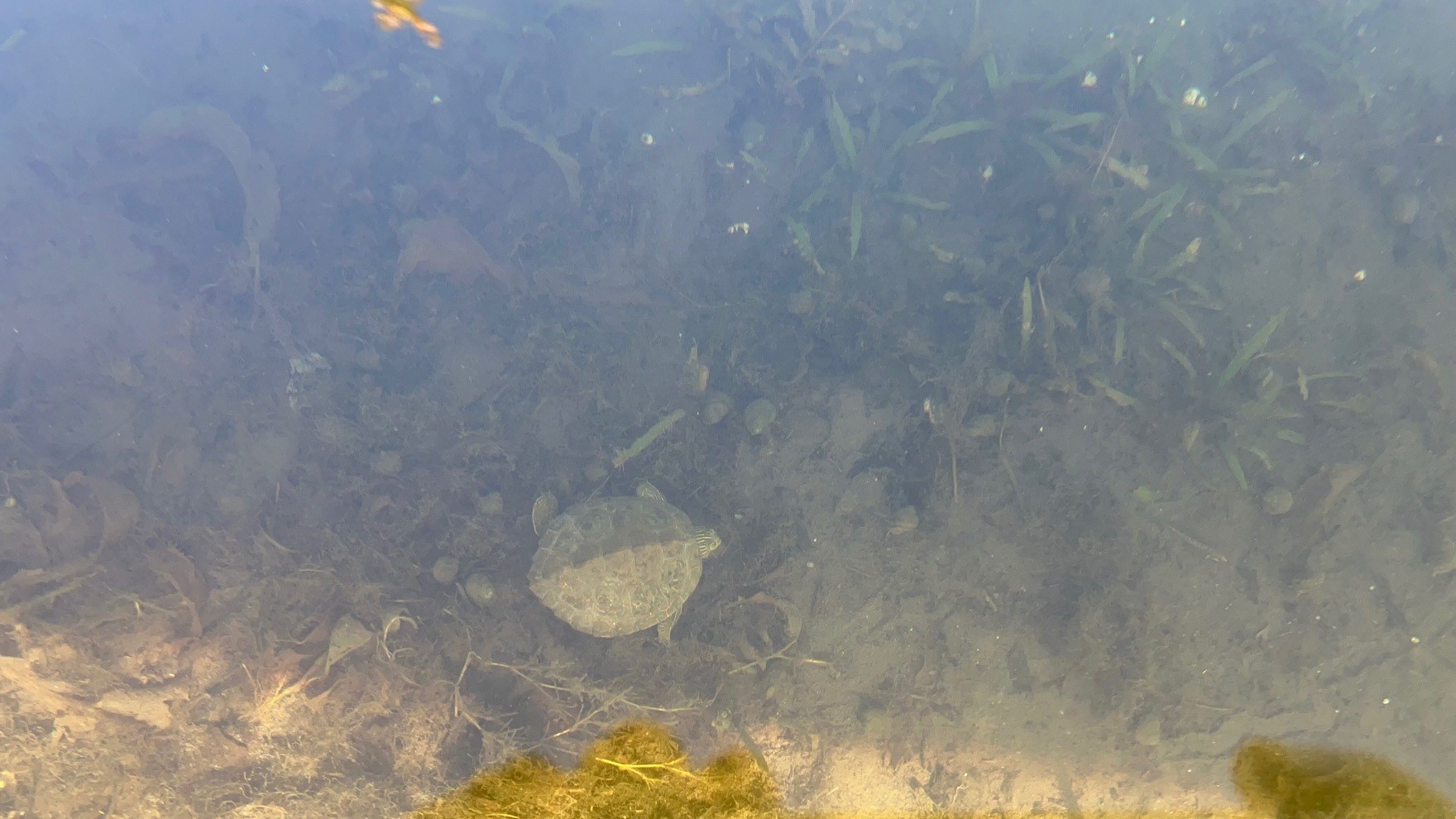