Look who joined us and Blue Heron Ministries for our prescribed burn at Clear Lake Nature Preserve! 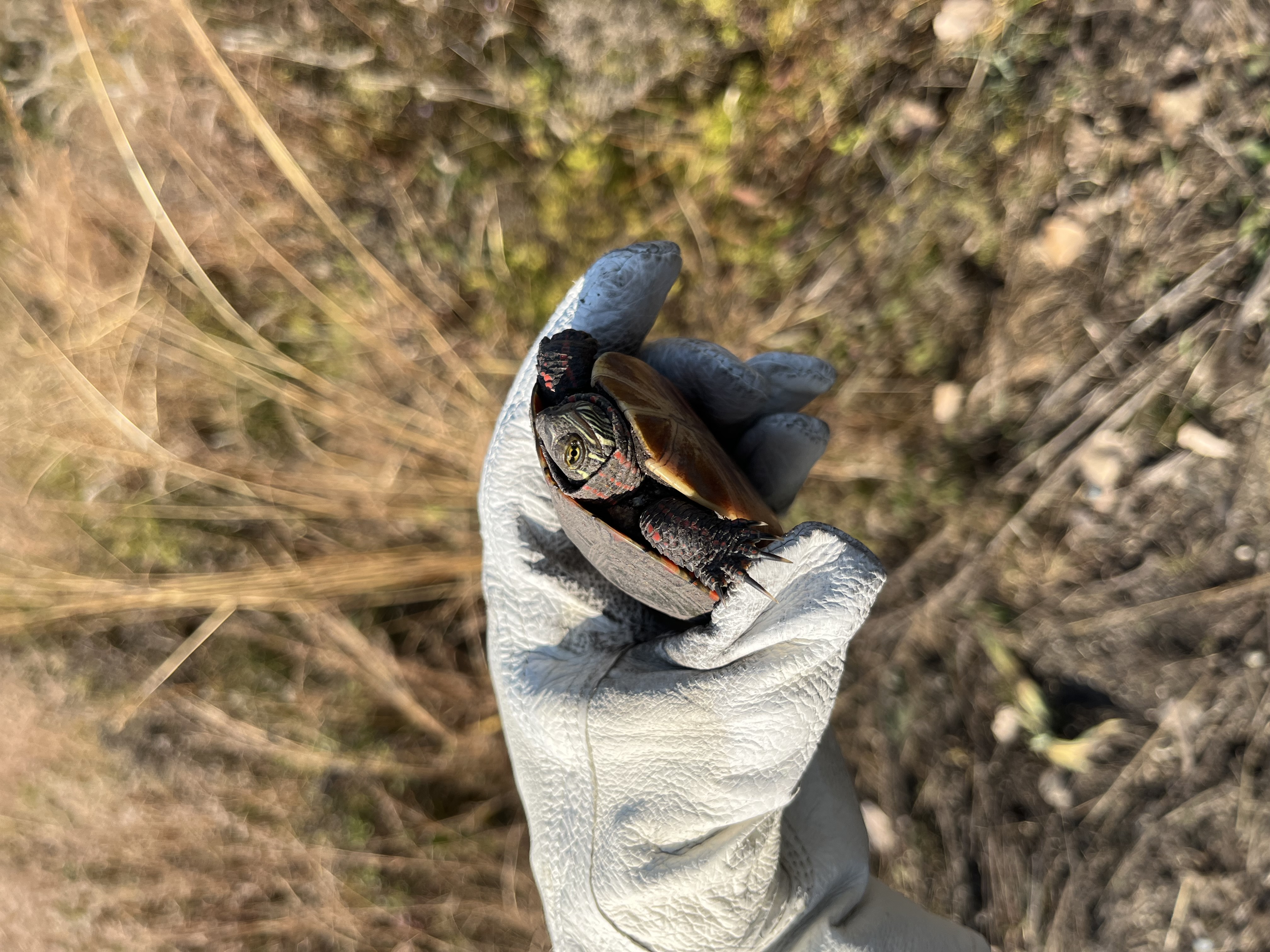 This painted turtle (Chrysemys picta) thought he would join the burn crew this past Wednesday and he was a big help! 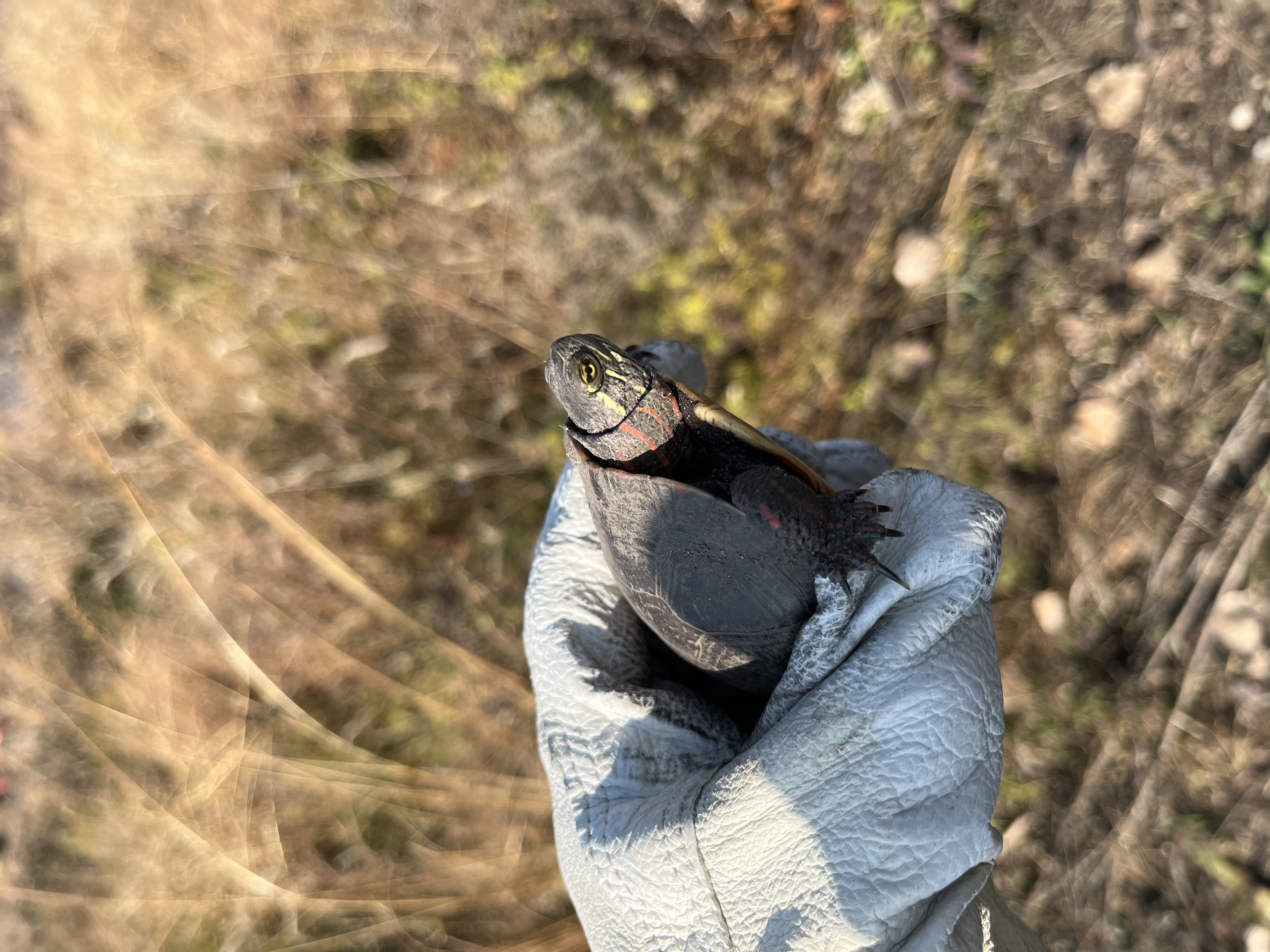