Have you seen any of these little guys around lately? 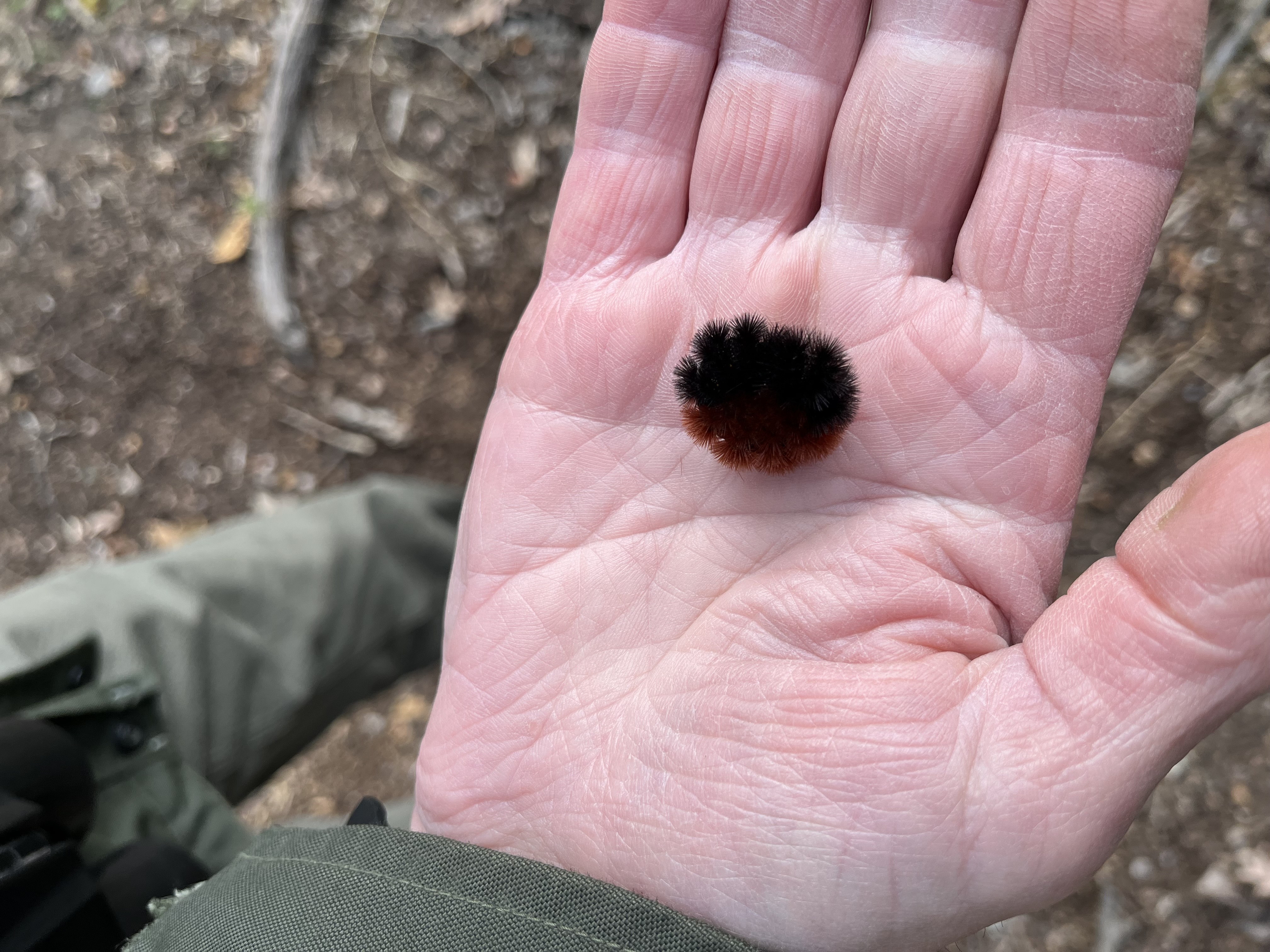 Banded woolly bear catepillars (Pyrrharctia isabella) are commonly seen around late fall trying to find a nice place to stay over winter. They like to shelter in crevices of rocks and logs, as well as under dead plant material. After the winter, woolly bears create a cocoon and go through metamorphosis. Eventually they emerge as the Isabella tiger moth. There are at least 8 woolly bear species in the US. The banded woolly bear, shown here, is black at both ends with a brown/orangish band in the middle.

Do you know the folklore?

Head out to Brennan Woods this fall to see if you can predict the winter weather!