Rrrrrraising the Flag for Kasota

Executive Director Bridget Harrison's jaw dropped when Jim Geiger handed her an envelope of money. "This is awesome! The bidder paid $1200 for the pirate flag?” That’s right. Jim completed the story by telling Bridget that after the auction a young boy handed him a twenty dollar bill and told him it was also for the Island project.

After hearing the news, Conservancy Board president Nancy Webster added that she is thrilled but not surprised that the community continues to step up to help us protect the eroding shoreline. Knowing that the auction proceeds greatly exceed the price of a new pirate flag, we know that the bidder clearly understands Kasota's treasured place in Clear Lake hearts and wanted to give public support to this much needed project.

We can't express our thanks enough to the new pirate flag owner and to the little boy who contributed $20!

Gifts large and small will help us reach the needed $300,000 for this project and keep raising flags of support for Kasota! 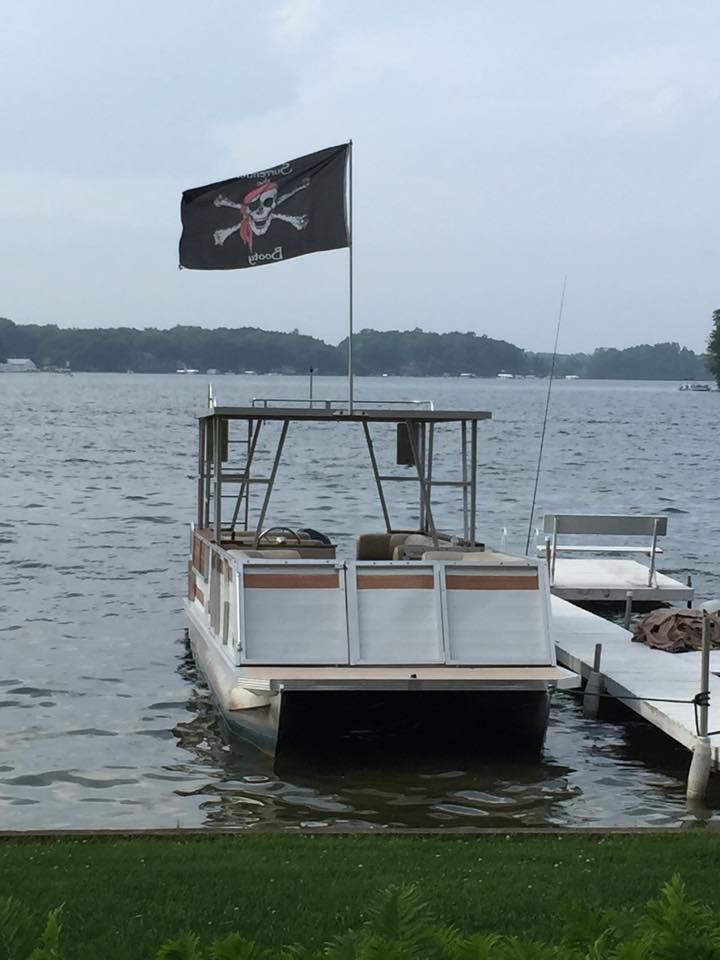