Night skies over Clear Lake are dark and perfect for star gazing—weather permitting. If you find yourself in the Clear Lake Township this holiday weekend, look up! We have a rare chance to watch Jupiter, the largest planet, pass close to Saturn, the ringed planet. Jupiter, fifth planet from the sun, ambles through a complete orbit of the sun in just under twelve years. Saturn, also a giant and the next planet out beyond Jupiter, crawls in comparison taking almost thirty years to go around the Sun once. About every twenty years, “speedy” Jupiter catches up to Saturn and passes it. That’s a planetary conjunction, and this is the year for Jupiter and Saturn!

The event happens at a leisurely pace. In March, the two planets were already close in the sky, about six and a half degrees apart, when Mars joined them in the early morning sky. (Moving faster yet, Mars is on its way to a relatively close approach to Earth in early October. If you have a telescope, this is an excellent opportunity to see some actual detail on Mars.)

This fall, Jupiter and Saturn are in the evening sky when the sun goes down. They are both bright and hard to miss. When the Moon is not around, Jupiter is the brightest object in the night sky. Saturn, farther away and a little smaller, is bright as well. The two make an obvious pair. Sometimes fall skies are cloudy in northeastern Indiana, but take a look when you can.

The two planets continue to sidle up to each other all fall. They are closest together on December 21, the first day of winter. By that time they will be low in the southwest an hour after sunset and just 0.1° apart. That’s the closest in four hundred years! Still, even though it’s less than a quarter of the width of a full moon, you’ll be able to see them as two points of light with your naked eye.

If you have binoculars, look at Jupiter and see if you can see any of the four bright Galilean moons. Near the conjunction in December and into January, Saturn will appear in the same binocular field of view.

Through just about any telescope you can see both planets as discs. Jupiter has different colored cloud belts. Two darker equatorial belts usually parallel its equator. Bigger telescopes show more subtle details in the clouds. The four big moons change their positions noticeably over an hour’s time. The moons do other things worth watching like passing out of sight behind the planet, crossing in front of the planet, and even casting their small, dark shadows on Jupiter.

A telescope shows Saturn noticeably smaller than Jupiter. That’s okay because Saturn has a big, glorious ring around it. Tipped toward us, it makes an oval around the planet. Look for black spaces on either side of the planet showing that the ring does not touch the planet. Saturn has one giant moon, Titan, that’s visible in almost any telescope. Several of Saturn’s other moons are challenging little flecks of light.

These conjunctions of Jupiter and Saturn are called great conjunctions. Because they occur only every twenty years, they are a special treat for sky watchers. The conjunction will be well placed for everyone to enjoy. I’ll be looking. Will you? 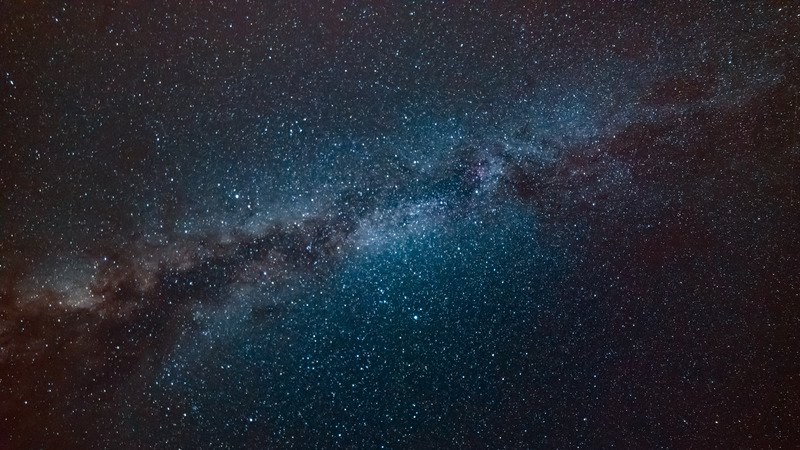 Want to learn more about dark skies and light pollution? Click here to read our Blue Paper exploring this topic.